Novotroitsk Plant of Chromium Compounds has never stood aside from solving social problems of the city and the region, working closely with the local administration and The government of the Orenburg region. In the last few years alone, NPCC has invested hundreds of millions of rubles in the social sphere of the city and region. 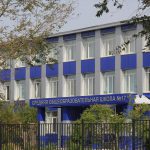 The administration of the company also pays attention to those who forged the glory of the plant. The staff of JSC “NPCC” owes all its merits and production success to its veterans, who built a plant in the steppe and invested a lot of effort and labor in the formation of many industries. Caring for these people-chroniclers of the plant’s history and their financial support are the company’s honorary duties. Every year, 2 million rubles are allocated for these purposes (including financial assistance to veterans, gifts, and subscriptions to the city newspaper). 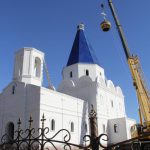 NPCC has always supported and developed the concept of patronage. Throughout all the years of existence of the city’s secondary school No. 17, chemical plant residents never left it alone with any problems. Repairs, equipping the educational institution with modern equipment, landscaping – in everything, the staff and students of the sponsored school feel the reliable shoulder of the plant. 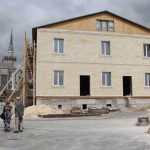 In addition to these traditional areas of its social policy, plant of chromium compounds supports Novotroitsk talents, various organizations and institutions of health, culture, sports, religious associations and representatives of the clergy.
With the financial assistance of the NPCC, the Blagoveshcheniya Presvyatoy Bogoroditsy Church and the house of rites of the Novotroitsk mosque were built in the city. 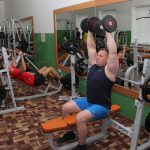 Realizing the importance of maintaining a healthy lifestyle, NPCC pays great attention to the development of sports in the city and region. In-plant sports competitions in various sports are regularly held, and the plant’s mini-football team is one of the strongest in the city. 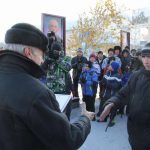 In June 2016, the NPCC opened the “Khimik” sports and leisure Center, equipping it with modern equipment and providing an opportunity to engage in it for all citizens, not just employees of the plant.
As a voluntary response to social problems of society, the plant purchased simulators especially designed for the people with disabilities for the center for adaptive sports of the city public organization “Union of sports veterans and disabled people”, and was the first in Novotroitsk to Finance the creation of the only sports hall of fame In Orenburg region 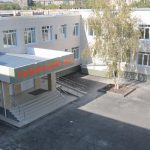 Education of a highly qualified work shift, training of engineering personnel have been and remain one of the priority areas of the company’s social policy. 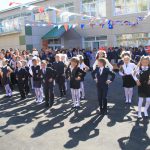 Since 1995, the plant has launched a training program for young professionals. With the best graduates of city schools, NPCC began to conclude contracts on mutually beneficial terms, sending them to study in the best universities in the region. The company pays students a scholarship, provides them with an internship at its production facility, and provides guaranteed jobs after graduation. After graduating from institutes and universities, young specialists return to the factory and have all the opportunities for career growth. Many former scholars of the plant now hold senior positions at the company. 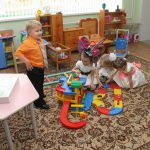 In 2010 at the factory’s joint stock meeting it was decided to support young professionals in the housing issue: thus, a program was launched to allocate interest-free loans to young promising employees for the purchase of housing. Several dozen families of factory workers have improved their living conditions under this program. 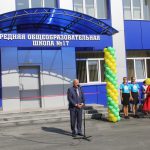 Continuing to develop the policy of responsible business, in 2014-2015, the company’s General Director V. I. Izmalkin signed two agreements on socio-economic cooperation between the regional government, the city administration and the NPCC.
Within the framework of these agreements, the plant funded major repairs to the buildings of the primary school and the main building of gymnasium No. 1, two kindergartens — No. 30 “Raduga” and in the village of Prigorny, new furniture and equipment necessary for the educational process were purchased for all these social facilities. 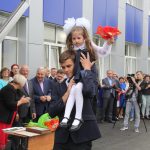 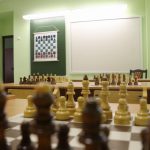 The plant’s management have been paying attention to the younger generation in the future. So, for two years — 2017-2018 — teachers and students of secondary school No. 17 Novotroitsk celebrated two housewarming parties. Modern classrooms, offices, food halls and sports grounds met students in two buildings of the primary school of this educational institution that were completely renovated at the expense of the company.
Veterans of the city were not left without attention of the plant administration in 2019 too. These are people who were not directly connected with our company by their work experience, but who did a lot for the formation and development of the whole of Novotroitsk. 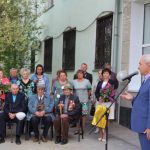 Builders, employees of the public sector, various bodies and non-existent today institutions-they also need attention and are happy to have the opportunity to meet regularly at the “veteransky ogonyok”. For them, the NPCC overhauled and equipped the building of the Novotroitsk city public organization of veterans with everything necessary at its own expense.
The plant updated the next preschool institution in 2020. 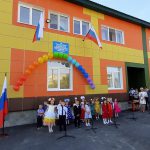 Kindergarten No. 39 “Vasilek”, which celebrated its sixtieth anniversary in this difficult year in terms of epidemiology, with the financial assistance of JSC “NPCC”, met its pupils after a global renovation in a completely different way. Here, as well as on all social objects to which the plant “put” its hand, heart and soul, everything is done to the highest standards. Capitally. Qualitatively. Functionally. Nicely.